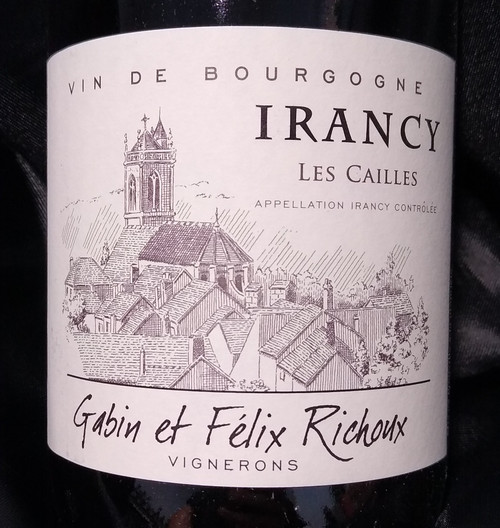 Thierry embraces each vintage for its uniqueness, which makes for a lot of diversity between years. Veaupessiot, like the other Irancy wines in the range, when first opened can hold its cards close to the chest—2010, 2013 and 2015 vintages are exceptions. Like a great Nebbiolo wine, the initial resistance begins to soften with time open and all its noble qualities begin to unfold from the glass. They are a rustic, clean style of wine that with patience shows an array of specific noble complexities unique to this place. Veaupessiot is the most elegant and brightly aromatic than the other lieux-dits bottlings, Les Cailles and La Palotte. Les Cailles is the more stern and stony with equal polish and La Palotte the more rustic and earthy ode to the past glories of Irancy.

Richoux’s favors taking extra time before the release of his wines, sometimes more than two years after the producers in the Côte d’Or. His wines wines are moved only a couple of times and spend their time in concrete and large foudre (55hl) for two years before bottling, preserving the delicate aromas that need some extra time to come back to form after the bottling. It can take some years for the full recovery; Thierry is in no rush to push them out the door.